Did you know that making a donation to WAM ,QMusic, MusicNT, Music Victoria or Music SA is tax deductible? The deductible gift recipient status means that any donations over $2 made before June 30 can be claimed at tax time. Your contribution will assist in delivering music development projects and activities that benefit local musicians and the local music community.

WHAT YOUR LOCAL ORGANISATIONS ARE UP TO..

WAM has announced the 2016/17 Wheatbelt Touring Circuit. the  regional touring initiative championing both regional and metro acts with a focus on Wheatbelt artists, the program sees bands/duos and solo acts embarking on paid tours to major Wheatbelt events, licensed and community venues across the Wheatbelt region. 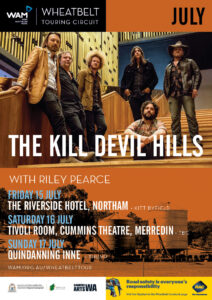 The Umbrella Winter City Sounds program is up and running. Held in the Adelaide CBD, the Festival, presented by Music SA will be running from FRIDAY 15 JULY to SUNDAY 7 AUGUST 2016 full program can be found HERE

Entries for the 2016 South Australian Music Awards are now open. The awards will take place this November with a huge list of categories including Public voted, industry awards and Major awards

Back for its fifteenth anniversary, the Southern Hemisphere’s premier music industry gathering BIGSOUND has unleashed its first announcement of speakers and buyers. Some of the world’s biggest musical decision makers will check out 150 hot new artists and participate in forums and networking over the event’s three massive days from September 7 – 9.

QMusic welcomes anyone in the music sector to attend an all-of-industry networking night at The Zoo on July 21 from 6:30pm. The event will provide networking opportunity to artists, managers, publicists, producers, booking agents along with a great list of free music  RSVP: Click here to RSVP

Music Tasmania and Festival of Voices and have announce the winners of Keep One Eye On The Stranger (KOEOTS) for 2016. KOEOTS set out to see four emerging female Tasmanian artists join renowned Australian songstress Abbe May on an exclusive songwriting retreat on Bruny Island, before performing at Hobart’s Voicebox. This year’s competition showcased a great range of female talent with almost 40 entries from around the state. Congratulations to the winners Maddy Jane, Chloe Wilson, Hayley Couper, Claire Jansen and wildcard Victoria Geale.

MusicNT are turning 20 and to celebrate they are having a huge celebration over 2 days.

The Bush Bands Program is a culmination of two of Australia’s premier music industry events: Bush Bands Business and the Bush Bands Bash concert. The program has a rich history of sharing desert music and culture with the mainstream and providing remote artists with positive connections and development with national music industry. 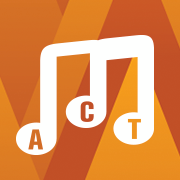 MusicNSW is have announced the 2016 Women In Electronic Music Program – a series of events highlighting the talented and inspiring women in Australia’s electronic music scene. In collaboration with some fantastic partners, including Vivid Sydney, FBi Click, Electronic Music Conferenceand Liveschool, MusicNSW will host a range of events across 2016 including artist talks, an industry roundtable, masterclasses and an artist showcase, with more to be announced later in the year.