As we get to the pointy end of the current election campaign, there are two words we’ll be hearing time and time again – ‘economy’ and ‘jobs’. But it’s a fair bet the political discussion around those two pivotal issues will be blinkered at best.

As both sides of politics look to the traditional big end of town there’s little doubt that, yet again, one of this country’s most significant industries will slip under the election radar – Australian music. 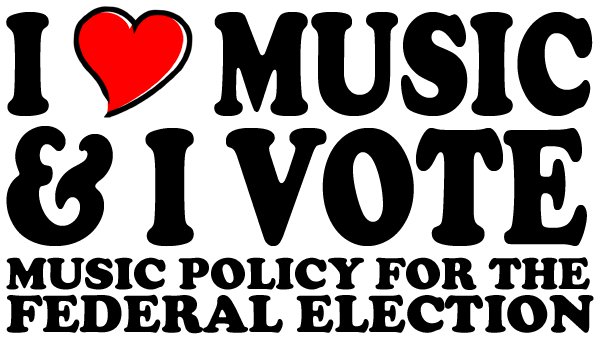 Which is why the Australian Music Industry Network (AMIN) is determined to ensure this election does not become another wasted opportunity for some leadership on this issue, calling on all political parties and candidates to outline their commitments to supporting the growth of this sector.

No one is more aware of the significance and scope of this industry than AMIN. Through it’s members – the peak industry bodies in Queensland, Victoria, New South Wales, Western Australia, Tasmania and The Northern Territory – AMIN gives a voice to literally thousands of artists and the music businesses, both big and small, that support them.

It’s hard to understate the importance of contemporary music to the health of Australian cultural life. But this issue goes much further than the traditional support for arts argument.

Supporting Australia’s cultural industries like music is about supporting real jobs, real economic growth, and ensuring this country develops a broader, more balanced economy that moves on from the traditional dig it up, sell it off model.

The numbers say it all.

The recent Live Performance Australia study Size & Scope of the Live Entertainment Industry found the live entertainment industry generated revenue of $1.88 billion in 2008 alone – contributing $1.1 billion to the Australian economy. That makes it larger than film and video production, sports and physical recreation, book publishing and horse and dog racing.

And when you consider live performance is just one part of our industry, the financial impact music has on the Australian economy becomes even more significant.

Recently reported ABS jobs figures add to the picture, demonstrating that Australia’s cultural industries – of which contemporary music is a major contributor – accounts for more jobs than mining and car manufacturing combined.

Of course, our political leaders should already know this given consultation with industry started more than a decade ago.

Under the former Coalition Government, industry worked with Government to develop the Music Industry Action Agenda – which resulted in no action at all.

And since then the ALP has, while in Opposition and Government, gone to the industry for numerous rounds of consultation. Back in 2006 we had the Arts Policy Discussion Paper, followed by 2007’s New Directions for the Arts, followed by the 2008 2020 Ideas Summit and, just a matter of months ago, input was sought on Peter Garrett’s draft Strategic Contemporary Music Plan.

Each and every time the industry has spoken with one voice – we are here, we are growing, and we deserve some attention. With all that consultation it should be abundantly clear what is needed and required to help support the sector.

Well the time for consultation is well past – we need action, and we need it now.

Across the country artists struggle with unsupportive tax arrangements, stretched support networks, and must contend with fragile legislative environments that can all too easily have devastating impact. One needs to look no further than the recent battle to save Melbourne’s music scene from poorly planned liquor policy as an example of just how easily jobs and opportunities can be lost.

What is required is support to grow the infrastructure that fosters and promotes the truly word class artists this country boasts.

AMIN recommends that policy support would focus on a range of key areas, including:

Few industries are better placed or better equipped to take advantage of the ‘new’ global economy and the music industry is leading the way in developing and exploiting new ways to take Australian talent to the world.

This is an industry driven by artists and business who are innovative forward thinkers – and it’s time our political leaders started to follow suit.

If you love music, and you vote…

On behalf of its members…